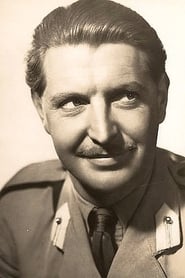 Roger Livesey (25 June 1906 – 4 February 1976) was a British stage and film actor. He is most often remembered for the three Powell & Pressburger films in which he starred: The Life and Death of Colonel Blimp, I Know Where I'm Going! and A Matter of Life and Death. Tall and broad with a mop of chestnut hair, Livesey used his highly distinctive husky voice, gentle manner and athletic physique... Read more