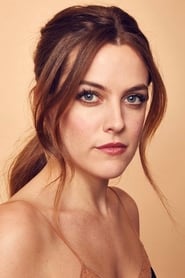 Danielle Riley Keough (born May 29, 1989) is an American actress and producer. She is the daughter of singer-songwriter Lisa Marie Presley with Danny Keough, and the eldest grandchild of Elvis and Priscilla Presley.

Keough is best known for her collaborations with director Steven Soderbergh, having appeared in his films Magic Mike (2012) and Logan Lucky (2017), as well as starred in the first... Read more