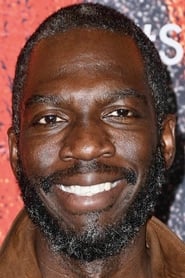 Rick Famuyiwa, born on June 18, 1973, is an emerging Nigerian American Hollywood writer and director of films such as The Wood (1999), Talk To Me (2007), and Brown Sugar (2002). His most recent film is the comedy Our Family Wedding (2010), starring Forest Whitaker and America Ferrera. Famuyiwa’s films mainly explore themes of racial diversity and acceptance of oneself and others,... Read more