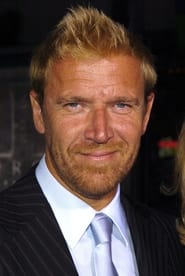 Renny Harlin born Lauri Mauritz Harjola, is a Finnish film director and producer, known for directing many action and horror movies. Harlin, best known for directing Die Hard 2, is a 4-time nominee for the infamous Golden Raspberry Award for worst film directing. He is, however, 86th on the list of highest grossing directors of all time (based on U.S. domestic gross revenue).