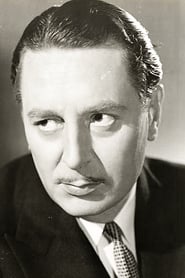 Reginald Gardiner (27 February 1903 - 7 July 1980) was an English-born actor in film and television and a graduate of the Royal Academy of Dramatic Arts in Britain. He made his film debut in 1926 in the silent film The Lodger, by Alfred Hitchcock. Moving to Hollywood, he was cast in numerous roles, often as a British butler. One of his most famous roles was that of Schultz in Charlie Chaplin's... Read more