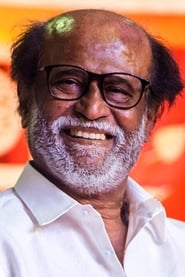 Shivaji Rao Gaekwad, known by his mononymous stage name Rajinikanth, is an immensely popular actor in Tamil film industry of South India. He received the coveted Padma Vibhushan Award in 2016. At the 45th International Film Festival of India (2014), he was conferred with the "Centenary Award for Indian Film Personality of the Year". At the 50th edition of the International Film Festival of... Read more