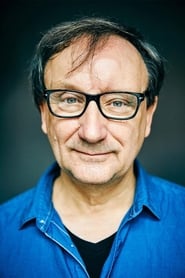 After graduating from high school, Rainer Bock ran a café in his hometown, which also had a cabaret programme. After studying acting at a private acting school in Kiel, he made his debut as a theater actor on the stages of the state capital of Kiel in 1982. He came to Heidelberg and the National Theater Mannheim via the Schleswig-Holstein State Theater. From 1995 to 2001 he had an engagement... Read more