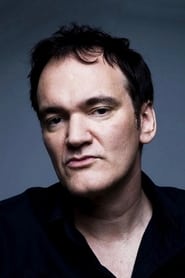 Quentin Jerome Tarantino (born March 27, 1963) is an American film director, screenwriter, producer, cinematographer and actor. In the early 1990s he was an independent filmmaker whose films used nonlinear storylines and aestheticization of violence. His films have earned him a variety of Academy Award, Golden Globe, BAFTA and Palme d'Or Awards and he has been nominated for Emmy and Grammy... Read more