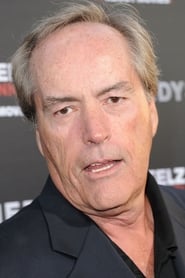 Powers Allen Boothe (June 1, 1948 – May 14, 2017) was an American television and film actor. He won an Emmy in 1980 for his portrayal of Jim Jones in Guyana Tragedy: The Story of Jim Jones. He also played saloon owner Cy Tolliver on Deadwood, "Curly Bill" Brocius in Tombstone, President Noah Daniels on 24, and Lamar Wyatt in Nashville.