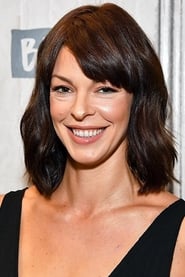 Pollyanna McIntosh grew up in Portugal and Colombia before returning to her birthplace of Scotland, where she first began performing, on stage, at The Edinburgh Festival. At 16, she left for London and soon became involved in indie filmmaking (her first paid gig was as a stoner in Irvine Welsh's The Acid House (1998)) and theatre, both as an actress and director. A move to Los Angeles in 2004... Read more