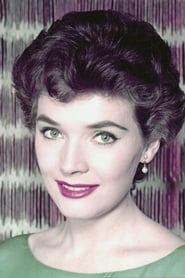 Polly Bergen (born Nellie Paulina Burgin; July 14, 1930 – September 20, 2014) was an American actress, singer, television host, writer and entrepreneur. She won an Emmy Award in 1958 for her performance as Helen Morgan in The Helen Morgan Story. For her stage work, she was nominated for the Tony Award for Best Featured Actress in a Musical for her performance as Carlotta Campion in Follies... Read more