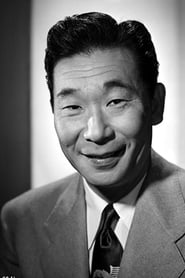 Philip Ahn (born Pil Lip Ahn (안필립), March 29, 1905 – February 28, 1978) was a Korean American actor. He was the first Korean American film actor to receive a star on the Hollywood Walk of Fame. Ahn's first film was A Scream in the Night in 1935. He appeared in the Bing Crosby film Anything Goes, though director Lewis Milestone had initially rejected him because his English was too good... Read more