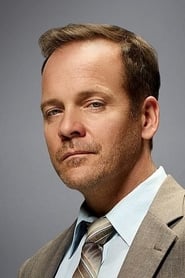 John Peter Sarsgaard (born March 7, 1971) is an American actor. His first feature role was in Dead Man Walking in 1995. He then appeared in the 1998 independent films Another Day in Paradise and Desert Blue. That same year, Sarsgaard received a substantial role in The Man in the Iron Mask (1998), playing Raoul, the ill-fated son of Athos. Sarsgaard later achieved critical recognition when he... Read more