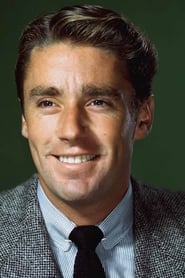 Peter Sydney Vaughn Aylen (7 September 1923 – 24 December 1984), better known as Peter Lawford, was an English-American actor. He was a member of the "Rat Pack", and brother-in-law to President John F. Kennedy, perhaps more noted in later years for his off-screen activities as a celebrity than for his acting. In his earlier professional years (late 1930s through the 1950s) he had a strong... Read more