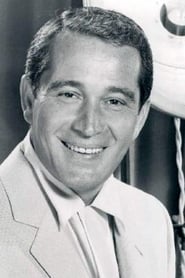 Pierino Ronald "Perry" Como (May 18, 1912 – May 12, 2001) was an American singer, actor and television personality. During a career spanning more than half a century he recorded exclusively for RCA Victor for 44 years, after signing with the label in 1943. "Mr. C.", as he was nicknamed, sold millions of records and pioneered a weekly musical variety television show. His weekly television... Read more