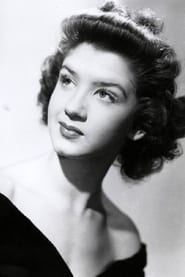 A vastly talented musical performer, Peggy Ryan found stardom dancing alongside partner Donald O'Connor as Universal's answer to Judy Garland and Mickey Rooney. Paired up in many a low-budget WWII-era musical, she was best known for her dancing feet, but she was no slouch in the singing department and her buoyant personality added plenty of zest to the escapist fare she appeared in.