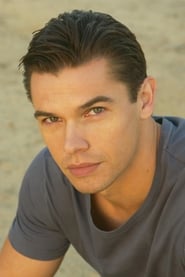 Paul Telfer (born 30 October 1979 in Paisley, Scotland) is a British actor, who has lived and worked in both his native United Kingdom and the United States. Telfer graduated with First Class honours in Film Studies from the University of Kent at Canterbury in 1999. He has appeared in episodes of two Sky One series: Is Harry on the Boat? (2002) (as Matt, a handsome airline ground crew member... Read more