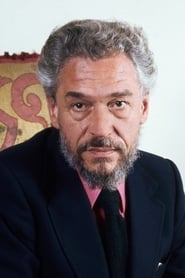 David Paul Scofield, CH, CBE (21 January 1922 – 19 March 2008), better known as Paul Scofield, was an English actor of stage and screen. Noted for his distinctive voice and delivery, Scofield received an Academy Award and a BAFTA Award for his performance as Sir Thomas More in the 1966 film A Man for All Seasons, a reprise of the role he played in the stage version at the West End and on Broadway for which he received a Tony Award.