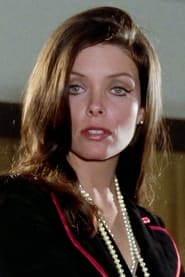 Strikingly comely brunette Patty Shepard was born in 1945 in Greenville, South Carolina. The daughter of a U.S. Air Force official, Patty moved to Spain when she was only 18 years old. After becoming popular as a model in a series of TV commercials, the lovely Ms. Shepard embarked on an acting career, making her film debut in a small part in La ciudad no es para mí (1966) (aka "The City is... Read more