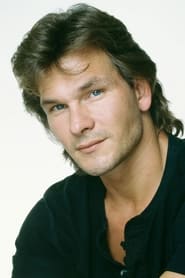 Patrick Wayne Swayze (August 18, 1952 – September 14, 2009)  was an American actor, dancer and singer-songwriter. He was best-known for his tough-guy roles, as romantic leading men in the hit films Dirty Dancing and Ghost and as Orry Main in the North and South television miniseries. He was named by People magazine as its "Sexiest Man Alive" in 1991. His film and TV career spanned 30 years.
... Read more