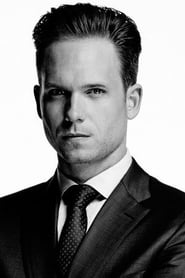 A "master artist" according to Variety and "tour-de-force" according to Backstage, Patrick J. Adams has starred as a fraudulent lawyer, a superhero, a veteran, a pro tennis player, and dozens of other memorable characters on stage and screen. For seven seasons Adams has charmed audiences worldwide, as Mike Ross in USA's hit drama, "Suits," a role which garnered him a Screen Actors Guild Award... Read more