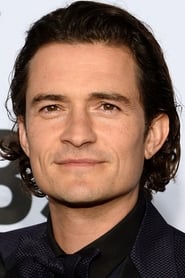 Orlando Jonathan Blanchard Bloom is an English actor. He had his break-through roles in 2001 as the elf-prince Legolas in The Lord of the Rings and starting in 2003 as blacksmith Will Turner in the Pirates of the Caribbean trilogy of films, and subsequently established himself as a lead in Hollywood films, including Elizabethtown and Kingdom of Heaven. He appeared in the ensemble film New... Read more