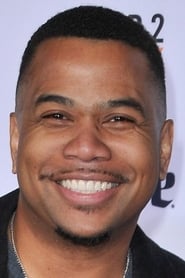 Omar M. Gooding (born October 19, 1976) is an American actor. He is the younger brother of veteran actor Cuba Gooding, Jr. and the son of singer Cuba Gooding, Sr.

Gooding is best known for appearing in television shows such as Hangin' with Mr. Cooper, Smart Guy, and Playmakers, and also the films Ghost Dad and Baby Boy. He was one of the original hosts of the Nickelodeon television... Read more