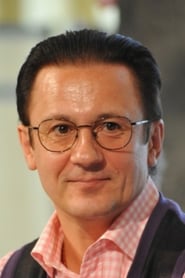 Oleg Evgenyevich Menshikov (born 8 November 1960) is a Soviet and Russian entertainer. He is a film and theatre actor, singer and director. He started his film career in the early 1980s playing in the comedy Pokrovskie vorota and in Nikita Mikhalkov's Rodnya. In 1993, Menshikov collaborated again with Mikhalkov in their most famous film, Burnt by the Sun. Portraying a manipulative and... Read more