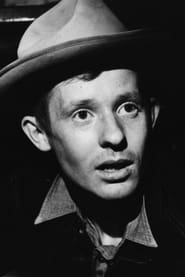 American character actor of rather bizarre range, a member of the so-called John Ford Stock Company. Originally a New York stage actor of some repute, Whitehead entered films in the 1930s. He played a wide variety of character parts, often quite different from his own actual age and type. He is probably most familiar as Al Joad in John Ford's The Grapes of Wrath (1940). But twenty-two years... Read more