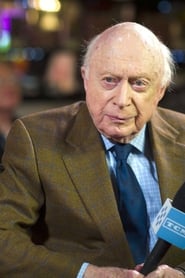 Norman Lloyd (born Norman Perlmutter; November 8, 1914) is an American actor, producer and director with a career in entertainment spanning nearly a century. He was born in Jersey City, New Jersey, to Sedia and Max Lloyd. His family was Jewish. He began his acting career in the theater, first "treading the boards" at Eva Le Gallienne's Civic Repertory in New York. Aspiring to work as a... Read more