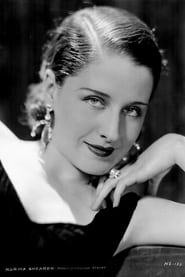 Edith Norma Shearer (August 10, 1902 – June 12, 1983) was a Canadian-American actress. Shearer was one of the most popular actresses in North America from the mid-1920s through the 1930s. Her early films cast her as the girl next door, but for most of the Pre-Code film era, beginning with the 1930 film The Divorcee, for which she won an Oscar for Best Actress, she played sexually liberated... Read more