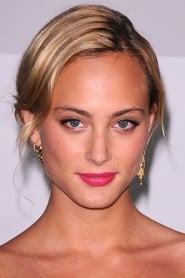 Nora Arnezeder is a French actress and singer.

Arnezeder was born in Paris, France. Her father, Wolfgang, is Austrian and Catholic, and her mother, Piera, is an Egyptian Jew.

At the age of two, she left Paris with her parents for Aix-en-Provence. When she was fourteen, she moved to Bali for a year and, once back in Paris, studied dancing and singing.