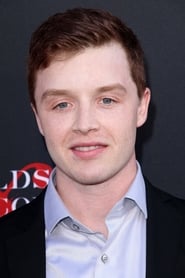 Noel Fisher (born March 13, 1984) is a Canadian actor. He appeared on the television show X-Men: Evolution and starred in the Disney film Max Keeble's Big Move as the school bully. His past television roles include playing Patricia Arquette's son in the Medium episode Sweet Child o' Mine and is a regular on the Vancouver based show "Godiva's", as TJ. He was also featured in the FX show The... Read more