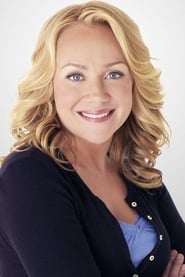 Nicole Julianne Sullivan (born April 21, 1970) is an American actress, comedian and voice artist. Sullivan is best known for her six seasons (1995–2001) on the sketch comedy series MADtv and five seasons (2001–2005, 2007) on the CBS sitcom The King of Queens. She has played a recurring character on Scrubs and voices the villainous Shego in Disney's Kim Possible, Drew from Cartoon... Read more