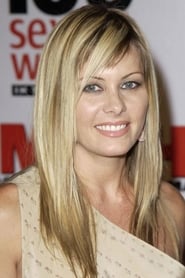 Nicole Elizabeth Eggert (born January 13, 1972) is an American actress. Her notable roles include Jamie Powell on the situation comedy Charles in Charge and Summer Quinn on the television series Baywatch. She guest-starred in The Super Mario Bros. Super Show! and Boy Meets World. She made several Christmas movies that premiered on Lifetime. She was a 2010 contestant on the VH1 reality... Read more