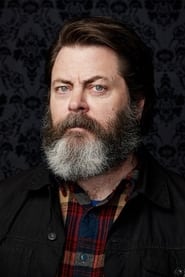 Nicholas Offerman (born June 26, 1970) is an American actor, writer, comedian, producer, and woodworker. He is best known for his role as Ron Swanson in the NBC sitcom Parks and Recreation, for which he received the Television Critics Association Award for Individual Achievement in Comedy and was twice nominated for the Critics' Choice Television Award for Best Supporting Actor in a Comedy... Read more