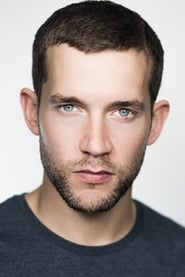 Nick Hendrix was born and raised near Windsor in Berkshire. After studying drama at Exeter University he spent a further 3 years at RADA. He has worked extensively in London theatre including the National Theatre and West End. His work includes Black Mirror, The White Queen, Call the Midwife, Marcella and Midsomer Murders on TV and Legend, Suffragette and Captain America on film.