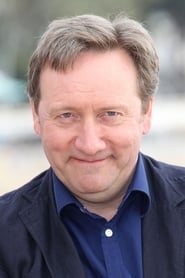 Neil Dudgeon was born in Doncaster, South Yorkshire on 2 January 1961 and attended Danum Grammar School among others. He established himself as an actor in school plays and went on to study drama at university . He made his first screen appearance in 1987. The following year, he appeared as a World War II pilot in Piece of Cake, alongside Tim Woodward, Jeremy Northam and Nathaniel Parker. As... Read more