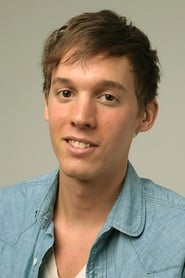 Nathaniel Chaplin "Nathan" Brown (born May 20, 1988) is an American actor and director whose career started by playing the lead role in the 2009 thriller Enter the Void, which was directed by Gaspar Noé, and nominated for a Cannes Palme d'Or. He starred alongside American actress Paz de la Huerta.

Born in Hershey, PA, Brown had been taught at home by his mother until the 10th grade. He has... Read more