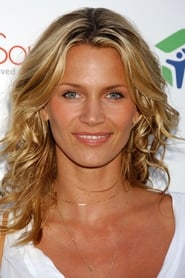 Natasha T. Henstridge (born August 15, 1974) is a Canadian fashion model turned actress. Her most notable on-screen roles include Species, The Whole Nine Yards, It Had To Be You, and the Canadian TV mini-series Would Be Kings, for which she won the Gemini Award for best actress. Her most recent regular role was as Taylor Wethersby in the TV series Eli Stone.