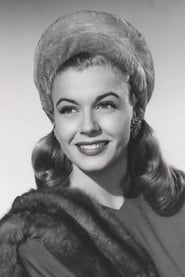 This pretty, blonde 1940s B-movie starlet was the daughter of newspaperman Leonard Sanders and showgirl Blanche Thompson (who also appeared in a few silent pictures). By her own account, she was born in Hollywood as Nancy Lou Sanders on June 29 1925, the day of the Santa Barbara earthquake. Curiously, being in the movies had not been her primary career choice when she was spotted dancing at... Read more