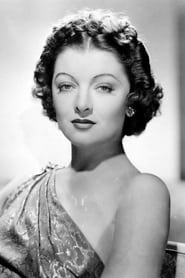 Myrna Loy (August 2, 1905 – December 14, 1993) was an American actress. Trained as a dancer, she devoted herself fully to an acting career following a few minor roles in silent films. Originally typecast in exotic roles, often as a vamp or a woman of Asian descent, her career prospects improved following her portrayal of Nora Charles in The Thin Man (1934). Her successful pairing with... Read more