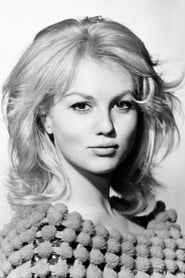 Mylène Demongeot (born Marie-Hélène Demongeot; 29 September 1935) is a French actress with a career spanning six decades. She has appeared in 72 films since 1953.

Demongeot gained fame and adulation for her portrayal of Abigail Williams in the Franco-East German production The Crucible (1957), for which she was nominated for BAFTA Awards for Most Promising Newcomer to Film. The blonde... Read more