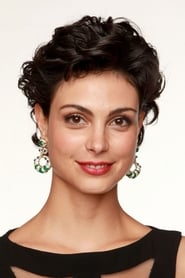 Morena Baccarin (born June 2, 1979) is a Brazilian-born American actress most widely known for roles in several American science fiction television shows: as Inara Serra in the series Firefly; as Adria in the series Stargate SG-1; and as Anna in the 2009 version of the series V.

Baccarin was born in Rio de Janeiro, Brazil. Her mother is Brazilian stage and TV actress Vera Setta, and her father... Read more