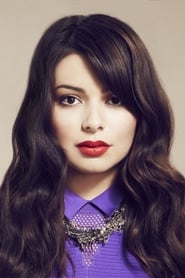 Miranda Taylor Cosgrove (born May 14, 1993) is an American actress, singer and songwriter. Her career began at the age of 3 with several television commercial appearances. Cosgrove's film debut came in 2003, when she appeared as Summer Hathaway in School of Rock. She appeared in a number of minor television roles over several years before coming to prominence as Megan Parker on the Nickelodeon... Read more