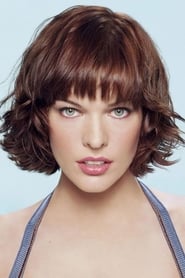 Milla Jovovich (born December 17, 1975) is an Ukrainian-born American actress, supermodel, musician, and fashion designer. Over her career, she has appeared in a number of science fiction and action themed films, for which music channel VH1 has referred to her as the "reigning queen of kick-butt".

She has appeared on the cover of more than a hundred magazines, and has also starred in films... Read more