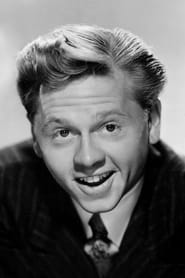 Mickey Rooney (born Joseph Yule Jr.; September 23, 1920 – April 6, 2014) was an American actor, vaudevillian, comedian, producer, and radio personality. In a career spanning nine decades and continuing until shortly before his death, he appeared in more than 300 films and was among the last surviving stars of the silent film era.

At the height of a career that was marked by declines and... Read more