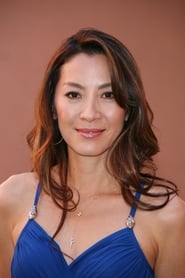 Michelle Yeoh Choo-Kheng is a Hong Kong-based Malaysian actress and dancer, well known for performing her own stunts in the action films that brought her to fame in the early 1990s.

Born in Ipoh, Malaysia, she is based in Hong Kong and was chosen by People magazine as one of the 50 Most Beautiful People in the World in 1997.

She is best known in the Western world for her roles in the 1997... Read more