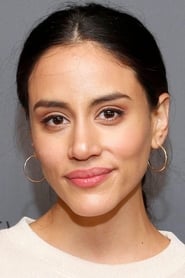 An American film, television, and theater actress, best known for playing Janie in the film Not Cool. She played the role of villain Firefly in the second and fourth seasons of the Fox television series Gotham. She is portraying Carmen Guerra on FOX's The Gifted and is a regular on the Netflix crime drama Seven Seconds.