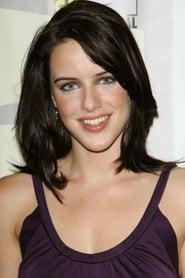 Michelle Claire Ryan (born 22 April 1984) is an English actress.She is known for portraying the role of Zoe Slater on the BBC soap opera EastEnders. In 2007, she starred in the short lived revival of the American television series Bionic Woman. She has appeared as the wicked sorceress Nimueh in the 2008 BBC TV series Merlin, and as Lady Christina de Souza in the 2009 episode of Doctor Who.