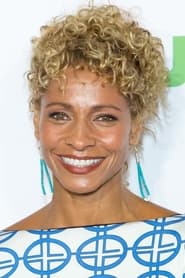 Michelle Hurd (born December 21, 1966) is an American stage, film, and television actress. She is married to actor Garret Dillahunt.

Michelle Hurd is the daughter of actor Hugh L. Hurd. She graduated from Saint Ann's School in 1984 and Boston University in 1988, and studied with the Alvin Ailey School. After her graduation from college, she studied at Great Britain's National Theatre .