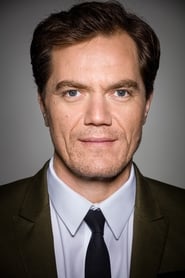 Michael Corbett Shannon (born August 7, 1974) is an American actor and musician. He made his film debut opposite Bill Murray in Groundhog Day (1993) and received widespread attention for his performance in 8 Mile (2002), where he portrayed the boyfriend of Eminem's character's mother (Kim Basinger). Shannon is known for his on-screen versatility, performing in both comedies and dramas. Notable... Read more