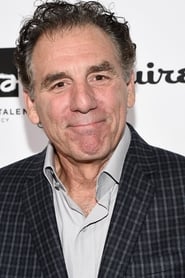 Michael Anthony Richards (born July 24, 1949) is an American actor, comedian, writer and television producer, best known for his portrayal of the eccentric Cosmo Kramer on the television sitcom Seinfeld.

Richards began his career as a stand up comedian, first stepping into a national spotlight when he was featured on Billy Crystal's first cable TV special. He went on to become a series... Read more