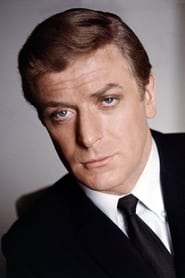 Sir Michael Caine CBE (born Maurice Joseph Micklewhite Jr.; 14 March 1933) is an English actor. Known for his distinctive South London accent, he has appeared in more than 160 films in a career spanning seven decades, and is considered a British film icon. As of February 2017, the films in which Caine has appeared have grossed over $7.8 billion worldwide.